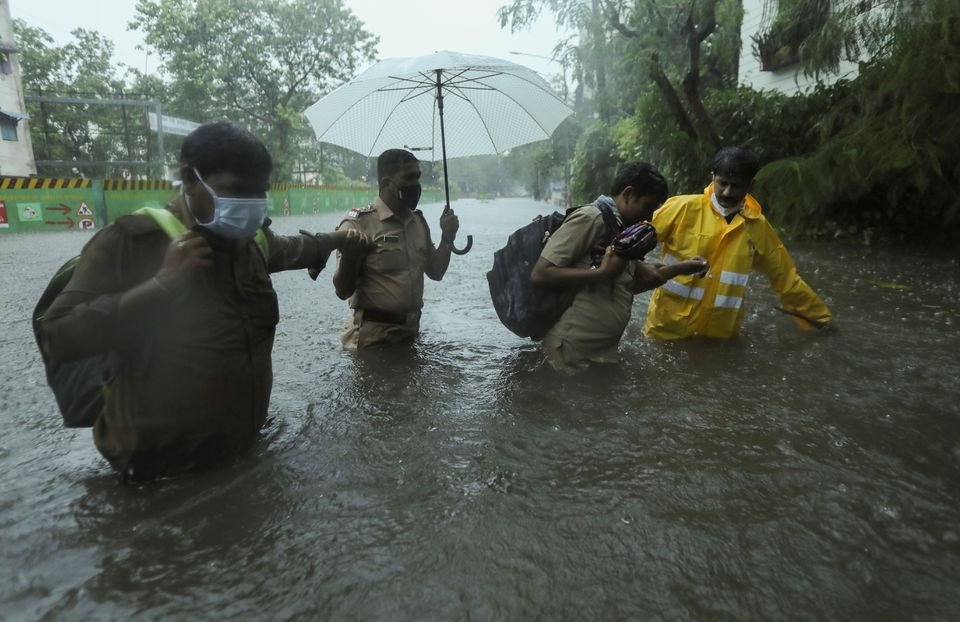 Description: A powerful cyclone that slammed into India's west coast was set to weaken on Tuesday, the weather office said, as tens of thousands of people were moved out of its path. Trees were uprooted and storm surges reported in coastal villages and towns of Gujarat state where cyclone Tauktae, the most powerful in more than two decades, made landfall late Monday packing gusts of up to 210 kph (130 mph). More than 200,000 people have been evacuated from their homes in Gujarat as authorities shut ports and major airports. Tauktae will weaken to a severe cyclonic storm in the next few hours, the Indian Meteorological department said in its latest bulletin, from a "very severe" storm. A member of the National Disaster Response Force (NDRF) uses a megaphone to appeal to residents to move to a safer place ahead of Cyclone Tauktae in Veraval in the western state of Gujarat, India. PHOTO: REUTERS The cyclone has already killed at least 16 people and left a trail of destruction as it brushed past the coastal states of Kerala, Karnataka, Goa and Maharashtra, the authorities said. Read more: India's Gujarat state evacuates over 200,000 people as cyclone hits The Indian navy said it had rescued 146 people from one of two barges that were adrift near the Mumbai coastline, adding that surveillance planes and helicopters had been deployed to scour the seas. The storm piles more pressure on Indian authorities already struggling with a staggering caseload of COVID-19 infections. Authorities are concerned about disruptions to the transportation of medical oxygen to hospitals due to the storm. "Our priority is to clear the roads, so there is no impact on oxygen movement," said Gaurang Makwana, the top official of Bhavnagar district in Gujarat.
Published Date: 18-May-2021
Share:  Linkedin   Whatsapp   Facebook