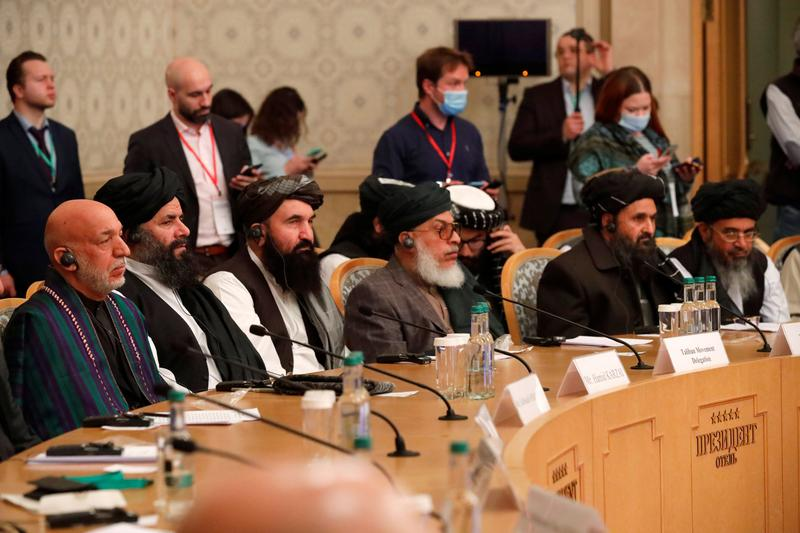 Description: The Taliban have warned Afghanistan’s neighbouring countries against hosting US military bases following the exit of foreign forces from the strife-torn country which appears to be on a cusp of a civil war. The Taliban spokesperson Zabihullah Majahid said the “Islamic Emirate of Afghanistan” wanted to clarify its position after “various well-known media outlets reported that the United States wants to stay in our neighbourhood after withdrawing from Afghanistan in order to carry out operations in our country.”  The Taliban refer to themselves as the “Islamic Emirate of Afghanistan,” the name they used when in power until being overthrown by the US and its Afghan allies in the aftermath of the 9/11 attacks. Read Tribal elders broker local Taliban, Afghan government ceasefire  “The foreign forces in the region are the root cause of insecurity and war and the great tragedy that everyone has witnessed over the last 20 years, especially our afflicted people, more than anyone else,” Majahid said on Wednesday in a statement shared on his Twitter handle. “We urge neighbouring countries not to allow anyone to do so,” he added. The statement warned that if any neighbouring country of Afghanistan allowed US military bases on its soil, it would be construed as treachery and would go down in history as such. “The people of Afghanistan will not remain silent in the face of such a provocative act. They will fulfill their religious and historical responsibilities in the same way as they have down throughout history,” he added. US Centcom chief said in a Pentagon briefing that al Qaeda, Islamic State and other terrorist groups could regroup in Afghanistan post US-exit. And that he would like to keep a small ‘quick response force (QRF)” on-call in the region to neutralise any threat. This statement set off speculations that the United States could be looking for keeping the “QRF” in a military base in one of Afghanistan’s neighbouring countries. Russia's presidential envoy for Afghanistan, Zamir Kabulov, said on Monday that Tajikistan and Uzbekistan would not allow the US to establish military bases on their territories. The same day, Pakistan also sought to quash speculation on this issue. “There was no US military or airbase in Pakistan, nor is any such proposal being envisaged. Any speculation on this account is baseless and irresponsible and should be avoided,” Foreign Office spokesperson said. Read more Taliban overrun key district next to Kabul Pakistan and the US have a framework of cooperation in terms of the Air Lines of Communication (ALOC) and Ground Lines of Communication (GLOC) in place since 2001, he clarified. “No new agreement has been made in this regard.” In a peace deal signed with the United States in February 2020 in Qatar, the Taliban have committed that they would not allow any terrorist group to use Afghanistan’s soil against any other country. “We have repeatedly assured others that our soil will not be used against anyone’s security. At the same time, we also urge others not to let their soil and airspace be used against our country,” the Taliban spokesperson further said in the statement. He warned of serious consequences, if any country allowed their soil to be used by the Americans to set up a military base.
Published Date: 26-May-2021
Share:  Linkedin   Whatsapp   Facebook