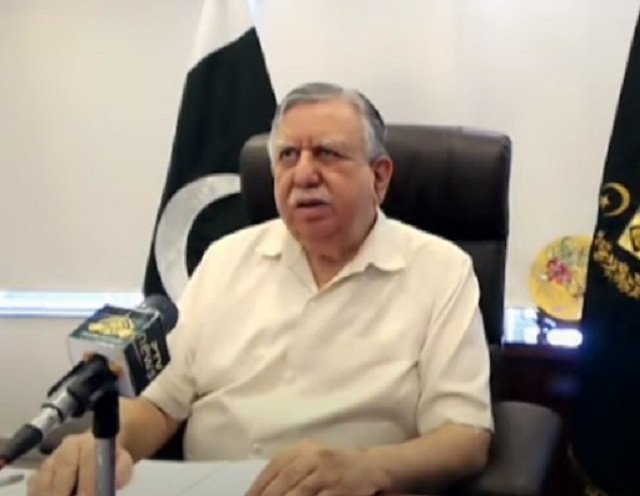 Description: Finance Minister Shaukat Tarin said on Sunday that income tax rates for the salaried class will not be increased in the upcoming budget and vowed to bring legislation to put tax evaders behind bars. While addressing a virtual press conference, the minister also downplayed the controversy over the provisional economic growth rate of 3.94%, saying that the growth was the result of prudent policies of Prime Minister Imran Khan. He hoped that in the next fiscal year 2021-22 the government can achieve 5% economic growth rate. The government will end harassment by the Federal Board of Revenue (FBR) but people, who would not declare their incomes under the self-assessment scheme, will be put behind the bars, said Tarin. The finance minister said that the tax rates for the salaried class will not be increased and the government will use “innovative methods” to enhance collection in the next fiscal year 2021-22. Read Agri sustainability a challenge: Tarin The International Monetary Fund (IMF) has asked to set the Rs5.963 trillion tax target and the government will set the target close to it without taxing those who are already taxed, he added. However, nearly Rs6 trillion target will remain unrealistic without additional revenue measures, as the target will be higher by Rs1.3 trillion or 27% over current year’s downward revised tax collection target. The nominal GDP growth will be just 12% and the rest of the gap cannot be bridged without additional taxation. To a question about how the government will attain over 20% growth rate without levying more taxes equal to 1.2% of the GDP, the minister said that this will be done through innovative ways and bringing retail sector in the tax net. The revenue collection has to be increased over 20% in the next fiscal year and until the FBR revenues are increased, the government will remain indebted and the budget deficit cannot be reduced, said Tarin. IMF, he added, wanted that the tax exemptions should be withdrawn. “In line with IMF recommendations, we will seek to change the existing tax rate structure by reducing the number of rates and income tax brackets from eleven to five and decreasing the size of the income slabs,” according to the Memorandum of Economic and Financial Policies that former finance minister Hafeez Shaikh had sent to the IMF for revival of the programme. The government will also try to get some leeway from the IMF on further extension in the real estate tax amnesty scheme beyond June but this is not a matter of make or break for Pakistan’s economy, said Tarin. Read more Tarin seeks time to present budget Economic growth controversy The National Accounts Committee (NAC) on Friday approved the 3.94% GDP growth rate for year 2020-21 after the Ministry of Finance and State Bank of Pakistan withdrew their objections to the high number. “The 3.94% economic growth figure should not be controversial because it has been worked out in a very transparent manner by the Ministry of Planning and the Finance Ministry has nothing to do with it,” said Tarin at the start of his presser. To a question whether Special Assistant to PM on Finance Dr Waqar Masood tried to influence the Pakistan Bureau of Statistics during an informal meeting days before the NAC meeting, Tarin replied “he did not say this”. “Waqar Masood would neither call such meeting and nor would he say that,” he added. Although, the government claims that it has made the PBS independent, there is no permanent chief statistician — the key post under the revamped PBS — for last three years. Recently, the ruling PTI loyalist has been appointed as the chief economist of Planning Commission. Tarin gave credit of the economic growth to Prime Minister Imran Khan. The prudent policies of PM Imran on Covid-19 saved the economy because he opposed imposing complete lockdown in the country, he added. The government targeted housing, agriculture and export industries that helped achieved both stabilisation as well as economic growth, said the minister. To a question why the planning minister was not coming forward to defend the growth, Tarin said that he would ask him to hold press conference on the issue of the GDP controversy. Planning Minister Asad Umar took to Twitter on Saturday to reply to questions about the economic growth figures. Tarin said that nearly 4% growth figure has given hope that now we can achieve 5% growth rate in next fiscal year and over 6% in fiscal year 2022-23. The higher economic growth is the only solution to problems of unemployment and low revenues, he added. He said that the remittances are growing both because of stringent FATF related regulations and “also because overseas Pakistanis love Imran Khan and are sending more money for the sake of Imran Khan”.
Published Date: 23-May-2021
Share:  Linkedin   Whatsapp   Facebook