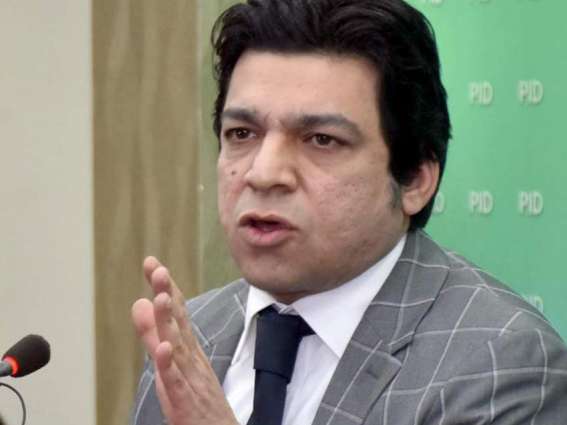 Description: The Supreme Court (SC) on Friday set aside the Election Commission of Pakistan's (ECP) earlier decision of lifetime disqualification for former Pakistan Tehreek-e-Insaaf (PTI) leader Faisal Vawda, and disqualified him under Article 63(1)(c) for the current term. A three-judge bench led by Chief Justice (CJ) Umar Ata Bandial and comprising Justice Mansoor Ali Shah and Justice Ayesha Malik, heard Vawda’s appeal against a decision of the Islamabad High Court (IHC), which had upheld the ECP's ruling for his disqualification because of dual nationalities. Read LHC constitutes larger bench to hear plea against ECP’s decision disqualifying Imran In the previous hearing, SC had said that Vawda should either admit his mistake and be disqualified under 63(1)(c), or the court would proceed with the case under 62(1)f. CJ Bandial had also added that there was enough material before the court to disqualify Vawda for life. The CJ had emphasised that Vawda must admit his mistake in writing, adding that Vawda must appear before the court and say that he changed the date of dual citizenship and directed Vawda's lawyer to bring the certificate of renunciation of US citizenship by Vawda. The lawyer had argued that the ECP was not a court of law, therefore; it did not have the power to disqualify anyone for life. The chief justice told the lawyer that there was material before the court that proved that Vawda gave a false affidavit. Justice Malik had said that if the ECP did not have the authority, then the IHC had the authority to declare lifelong disqualification. Justice Mansoor Shah asked the lawyer why the Supreme Court couldn’t disqualify him for life with the evidence in front of the court. The court had observed that Vawda told many lies to cover up one lie, adding that he submitted the affidavit not for a job but for the election. Being honest and trustworthy was a condition for contesting elections, the judge had emphasised. “There is no room for mistake in politics,” he had said. Read More Any error in disqualification judgment can cause irreparable harm, says IHC CJ During the proceedings today Faisal Wada accepted his mistake and resigned from Senatorship rendering him ineligible for the span of the current National Assembly's tenure. Furthermore, Vawda submitted an unconditional apology to the court admitting his wrongdoing in his affidavit. The court accepted his resignation as a "goodwill gesture" and proceeded to bar him from Senatorship under Article 63(1)(c) revoking his lifetime disqualification. As per court orders, he is eligible to contest the next general or Senate elections.
Published Date: 25-Nov-2022
Share:  Linkedin   Whatsapp   Facebook