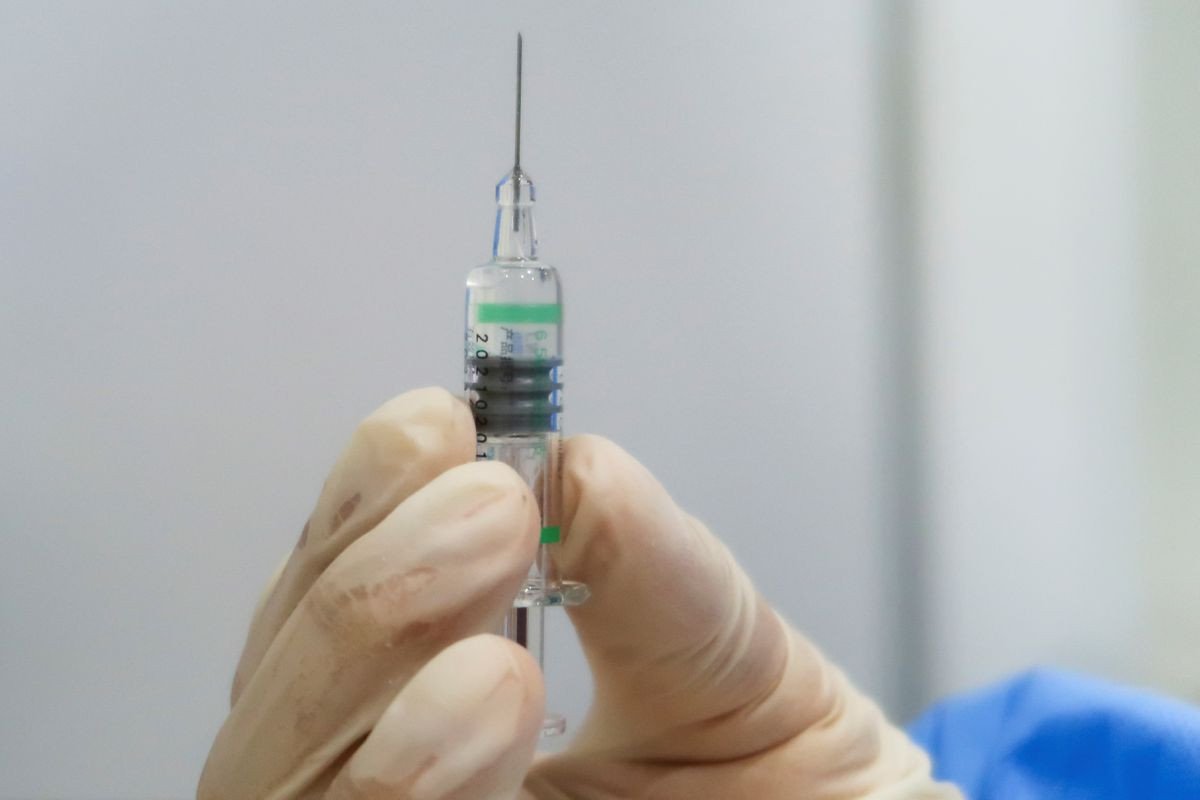 Description: Ministry of National Health Services announced on Monday that the first batch of China’s single-dose CanSino COVID-19 vaccine would be available for administration to the citizens by the end of May after thorough rigorous quality control checks. "The first batch of bulk CanSino vaccine is being processed at the National Institute of Health’s plant, which was set up for this purpose last month, and a specially trained team is working on it," according to an official of the ministry, The official added that due to the agreement on technology transfer, the NIH would be able to produce three million doses per month which would significantly reduce the country’s dependence on other countries. Earlier, it was reported that the much-awaited vaccine supply under the World Health Organisation’s COVAX programme began, with the first batch, comprising 1.23 million doses of Oxford-AstraZeneca jabs, reaching Pakistan, the National Command and Operation Centre (NCOC) said. Read more: Sindh to restrict citizen movement after 8pm from May 25 as Covid-19 cases increase The NCOC, the unified government effort against the pandemic, also said in a statement that out of the 3.5 million SinoVac doses, a consignment of 1 million jabs would reach the country while another batch of 1 million doses would arrive between May 13-15. The government is procuring vaccine to boost the nationwide vaccination campaign, which started in the first week of February. So far, 10.19 million doses of different vaccines – Sinopharm, SinoVac and CanSino – have been procured from China. Pakistan was supposed to receive 17 million jabs of Oxford's AstraZeneca vaccine under the COVAX program in March, which was halted by a ban on the export of vaccines by neighbouring India. In March, officials had said that the country had placed orders for a total 30 million jabs.
Published Date: 24-May-2021
Share:  Linkedin   Whatsapp   Facebook