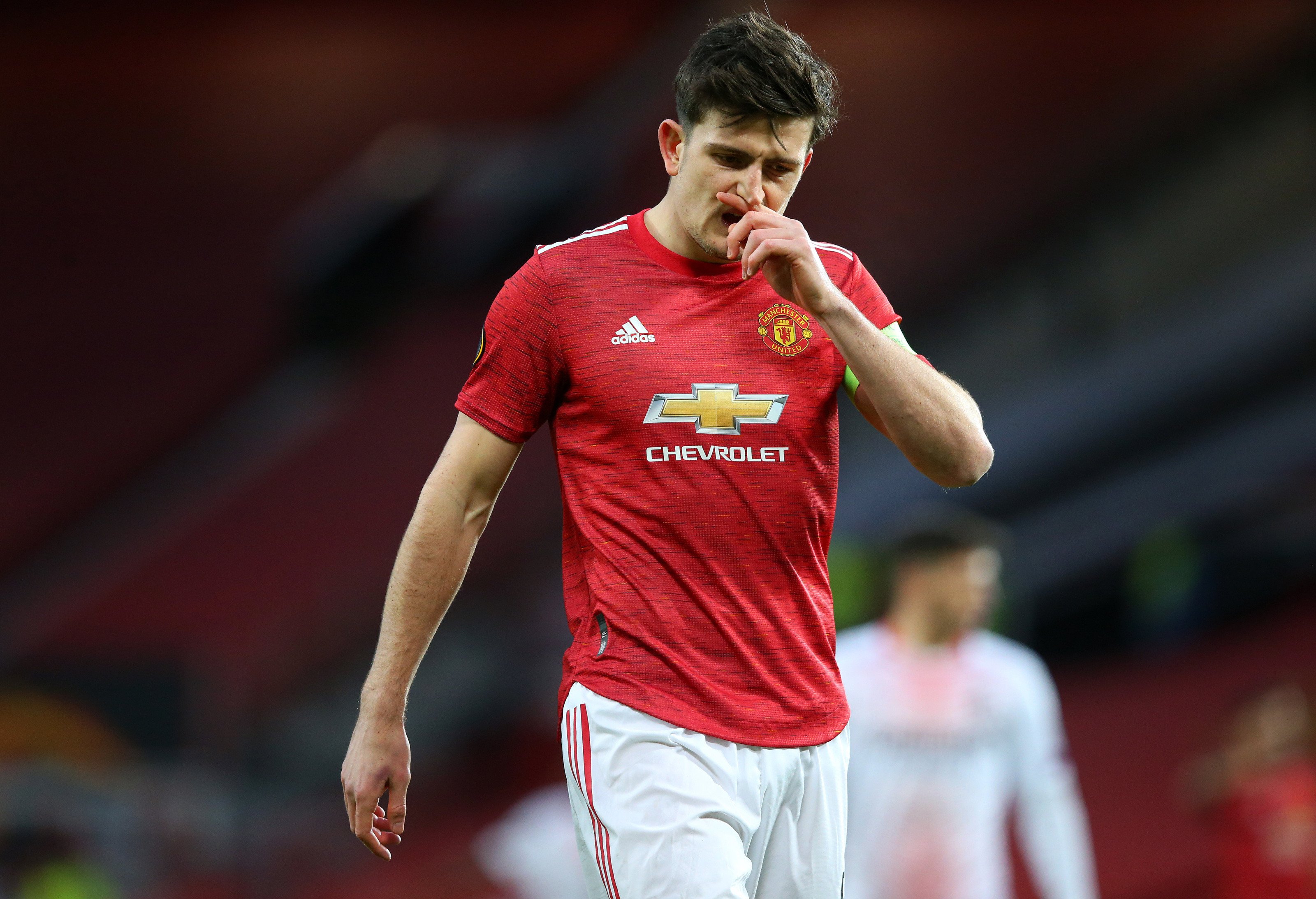 Description: Manchester United captain Harry Maguire is a major doubt for Wednesday's Europa League final against Villarreal after sitting out his side's training session in Gdansk on Tuesday. Maguire was included in England's provisional 33-man squad for Euro 2020 on Tuesday despite suffering ankle ligament damage against Aston Villa earlier this month. United boss Ole Gunnar Solskjaer said Maguire would "jog up and down the sideline" in training to test the injury. But he was pictured watching on from the stands as the Red Devils made their final preparations in Poland. Maguire's presence would be a huge miss as United aim to end a four-year drought without silverware. The pairing of Victor Lindelof and Eric Bailly were badly exposed as Liverpool won 4-2 at Old Trafford two weeks ago for a vital win that helped secure their return to the Champions League next season. United have only ever won five European trophies and Solskjaer urged his side to use success on Wednesday as a springboard to greater things next season. "These are big nights for us. It might be the stepping stone for something better to come, a bright future because this team is a young team," said Solskjaer. "It's a team that we've rebuilt over the last couple of years, so hopefully this is the start of something more. "The players when they sign for Man United, they sign to win trophies. "They accept the challenge of being the best because this is the best club in the world, so that's the pleasure of the pressure of Man United. "That's something they are ready for because they wouldn't have signed here if they weren't top players." Bruno Fernandes could captain United should Maguire miss out and the influential Portuguese midfielder is keen to lift his first silverware since joining from Sporting Lisbon 16 months ago. "Trophies are part of this club," said Fernandes. "The team is growing up, is improving a lot, and tomorrow will be signal also to more improvement. "Losing is part of football and you can improve from that, but we want to improve from winning trophies."
Published Date: 26-May-2021
Share:  Linkedin   Whatsapp   Facebook