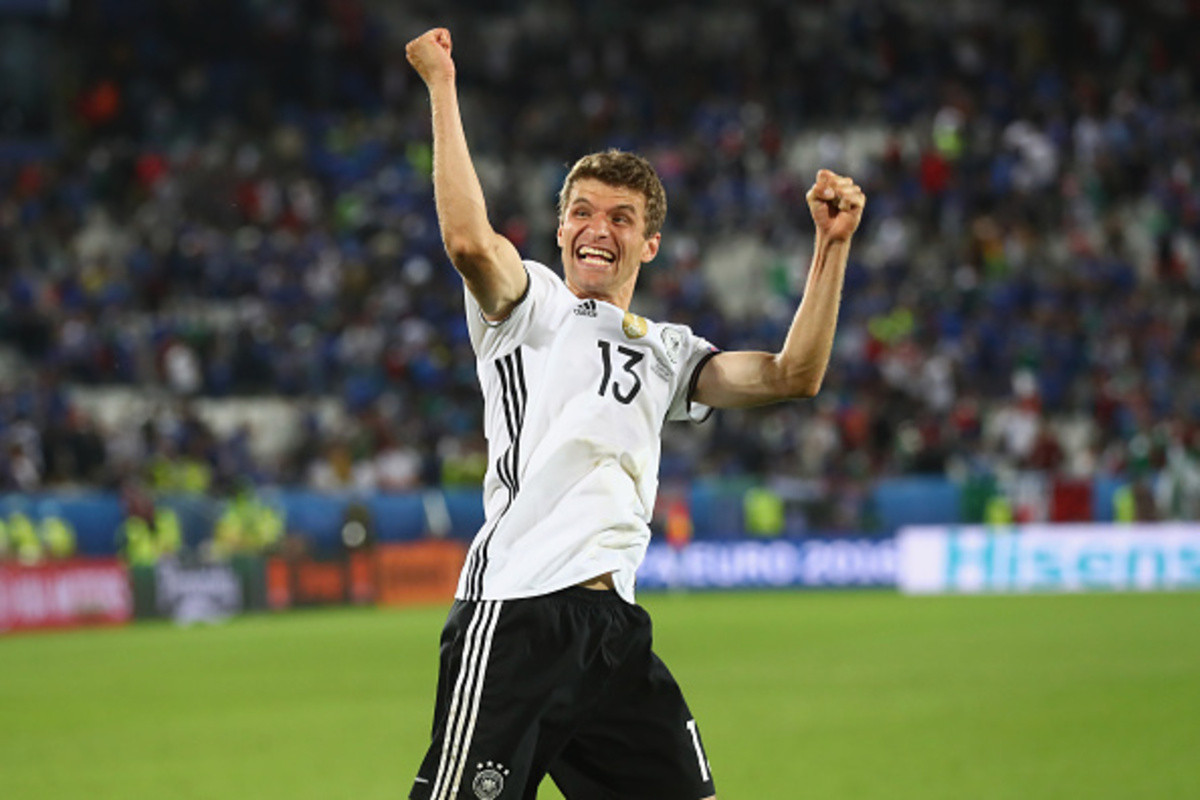 Description: When Thomas Mueller's international career ended abruptly in 2019 after Germany coach Joachim Loew dropped him, few would have thought that the 2014 World Cup winner would play for his country again, especially under the same coach. In those two years away from international duty, however, Mueller achieved remarkable things with Bayern Munich, winning six domestic and international titles in a 2019-20 season sweep that also included his second Champions League trophy. Two weeks ago he and teammate David Alaba became the first players to capture 10 Bundesliga titles after the Bavarians secured their ninth successive league championship. Mueller revived his club career under Bayern coach Hansi Flick when he took over in November 2019, having struggled for playing time under predecessor Niko Kovac. He has not looked back since, with his last two seasons among the most productive of his entire career. "The sporting challenge, once more together with the boys to represent the German colours at a tournament and have a chance at the Euro title is very tempting," Mueller said. After another stellar Bundesliga season with 18 assists and 11 goals, he is deservedly back in the squad, and with starting spot expectations, that would see him add to his 100 caps and 38 international goals. "When you nominate players like Mueller then you have to expect things from them," Loew said. "The overhaul did not advance as we had imagined. Now we had to think about everything. This is a tournament and that is why we decided to bring back Mats Hummels and Thomas Mueller." Central defender Hummels, also a World Cup winner, was also axed in 2019. "They know us, they know our way of thinking our philosophies. Such players are respected and accepted by young players because of their success and their experience," Loew said. Germany need Mueller's creative play and experience badly. In their four most recent internationals against Spain, Iceland, Romania and North Macedonia, the Germans scored a combined total of five goals while conceding eight. They also lost to North Macedonia. Loew is hoping Mueller will provide that much-needed touch, flick or game insight that will slice open defences and improve their scoring, with the versatile midfielder thriving in a position behind the striker. The top scorer at the 2010 World Cup may not extend his international career past the Euros but in his current form he could be in for an Indian summer with a final bid to win the one major title missing from his overflowing trophy cabinet.
Published Date: 29-May-2021
Share:  Linkedin   Whatsapp   Facebook