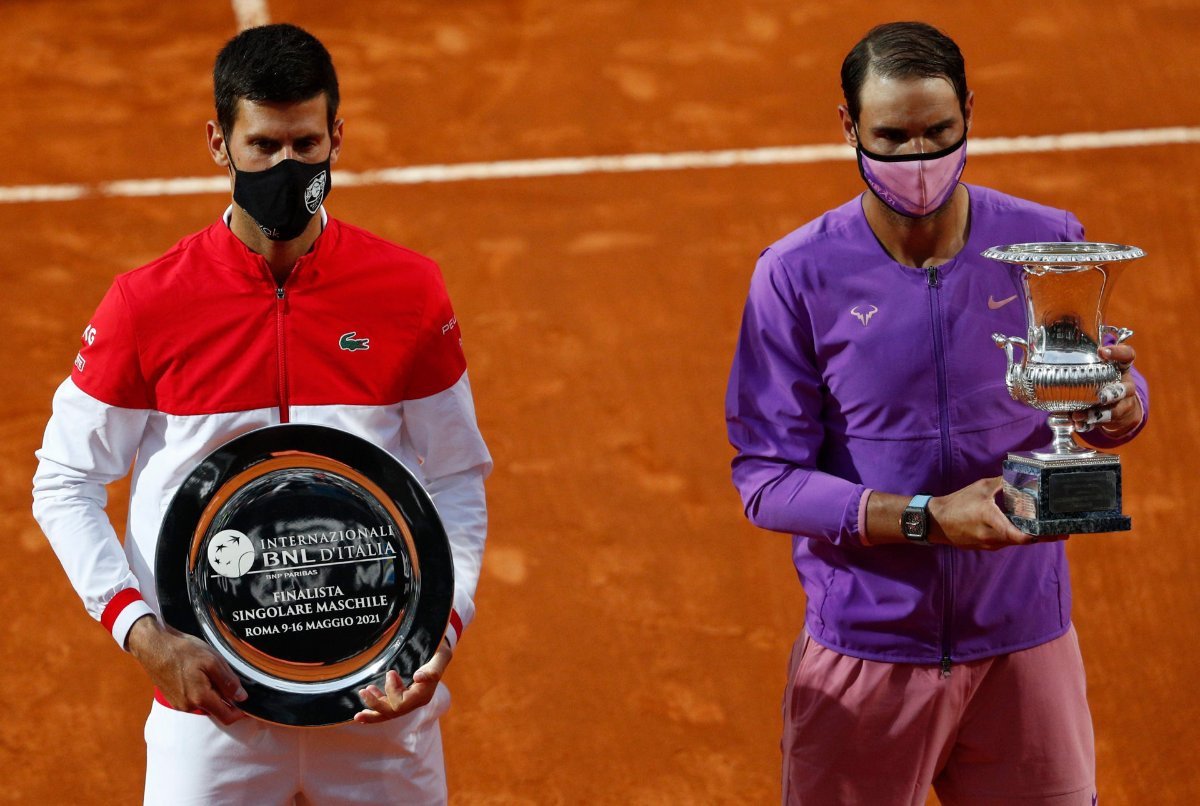 Description: World number one Novak Djokovic took a swipe at all the talk about the younger generation of tennis players, saying rival Rafael Nadal and himself were the 'Next Gen'. The pair clashed for the 57th time in the Italian Open final on Sunday with Nadal winning a 10th trophy on the Roman clay at the expense of the defending champion. "The Next Gen young people Me, Rafa (Nadal) and Roger (Federer) are reinventing the Next Gen. We are the Next Gen," Djokovic replied after accepting the runners-up trophy. Second seed Nadal won through 7-5, 1-6, 6-3 in 2hr 49min to match Djokovic's record of 36 Masters 1000 titles and lay down a key marker two weeks out from the defence of his Roland Garros crown. Both Nadal, 34, and 33-year-old Djokovic had ousted the last two 'Next Gen' trophy winners in Rome this week -- Italian Jannik Sinner, 19, and Greece's Stefanos Tsitsipas, 22 respectively. Spaniard Nadal, who shares the record of 20 majors with Federer, also saved two match points to defeat Canada's Denis Shapovalov, 22, and gained revenge on his Madrid Masters slayer Alexander Zverev, 24. "Rafa is one of the biggest rivals I've had in my career, every time it's a struggle, today almost three hours," said Djokovic, an 18-time Grand Slam title winner. "I mean, I said it thousand times. I don't know how many times people want me to repeat it," the Serb later expanded in the post match press conference. "Of course the Next Gen is there, is coming, whatever. But here we are still winning the biggest tournaments and Slams. "I don't know what to tell you other than that. I'm not focused on the Next Gen even though I know people, you know, it creates a story. "People like to talk about it. Fine. The guys are there. They are already establishing themselves in the top 5, top 10 of the world. Nothing new. But we are still there." Djokovic leads Nadal in their overall head-to-head record 29-28, but has not beaten the Spaniard on clay since the 2016 Italian Open quarter-finals.
Published Date: 17-May-2021
Share:  Linkedin   Whatsapp   Facebook