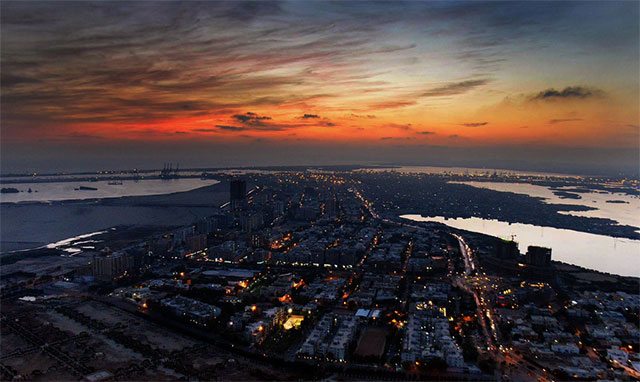 Description: Investment indicators have further deteriorated for the third consecutive year but savings ratio as percentage of size of the economy has exceeded the annual target due to sharp improvement in the external account, showed official statistics. The details of the national accounts also revealed that the government did not use the final notified results of the sixth population census, which showed headcount at 207.68 million in 2017. This has put a question mark on the claim of the Ministry of Planning and Development that per capita income in dollar terms grew by 13.4% to $1,543 in fiscal year 2020-21. The figure would drastically come down, if the actual population number is used. Instead of taking the 207.7 million population figure for fiscal year 2016-17, the Ministry of Planning has used the 197.3 million population figure for working out the per capita income. The Council of Common Interests has already approved the final population results after a delay of four years. The census had been conducted in March 2017. The per capita income in dollar term has increased by 13.4% from $1,361 a year ago to $1,543 in 2020-21 due to strengthening of the rupee, tweeted Minister for Planning and Development Asad Umar after the National Accounts Committee meeting on Friday. The per capita income is worked out by dividing the total national income with the number of people. At the end of the PML-N tenure, the per capita income had been recorded at $1,652. The Pakistan Bureau of Statistics (PBS) data stated in the footnote that the revised series of the per capita income will be compiled after receipt of projected population from National Institute of Population Studies (NIPS). Also, the PBS statistics showed that the rupee lost its value by 1% against the greenback in the last fiscal year. The average exchange rate in fiscal year 2019-20 was Rs158.03 that depreciated to Rs159.75 to a dollar, according to the PBS figures. “The census figure, 207.684 million is for the census day, which was March 17, 2017. We need population for fiscal years 2016-17, 2017-18 and so on, which is not yet available from NIPS,” said Planning Secretary Hamid Yaqoob Shaikh. He said that at the moment NIPS has provided population numbers till 2030 on 1998 population census. The per capita income for FY2016-17 will be $1,548 if 2017 census figure is used against $1,630 already published, he added. “We have used NIPS projections from 2010 to 2030 for years 2020 and 2021 and the average is 211.93 million population.” Investment-savings The investment-to-gross domestic product (GDP) ratio further deteriorated to 15.2% in the outgoing fiscal year, according to estimates of the National Accounts Committee (NAC). The government missed the investment-to-GDP target for the third successive year. It had set the target at 15.5% but the ratio was even lower than the previous fiscal year. Public investment showed improvement and increased to 3.8% of GDP but it was because of using annual budgetary figures of the Public Sector Development Programme (PSDP) of Rs650 billion. The actual spending was expected to remain significantly lower than the budgeted sum and was just Rs264 billion in nine months. Private investment went down further in the third year of the Pakistan Tehreek-e-Insaf (PTI) government, suggesting that private investors were not showing their trust in the government. The private sector investment slipped from 10.6% of the GDP to 9.8% in fiscal year 2020-21, according to the national accounts details. Failure to achieve the crucial investment target has limited the government’s ability to spend on deteriorating infrastructure and social sectors from its own resources. The government’s inability to increase investment as a percentage of the total size of the national economy remains its biggest failure on the economic front, suggesting that the PTI government has not yet begun its journey towards addressing structural imbalances. Pakistan has one of the lowest investment and saving rates in the region and the world, obstructing progress towards a path of sustainable and inclusive economic growth. Fixed investment slipped to 13.6% of GDP in the fiscal year 2020-2 against the target of 13.9%. However, savings that stood at 13.6% of GDP in the last fiscal year increased to 14.8% - over onepercentage-point higher than the government’s target. The savingsto-GDP ratio has been worked out on the assumption that the current account deficit will remain at only 0.2% to 0.4% of GDP in the current fiscal year. But the domestic savings-to-GDP ratio deteriorated from 5.8% of GDP to 5.3% in this fiscal year. The PTI government has this time achieved the annual target for economic growth on back of better performance in all three sectors of the economy. The total size of the national economy is now estimated at $298.6 billion for this fiscal year, up from $263 billion a year ago. These figures of investment and savings would be officially published in the Economic Survey of Pakistan 2020-21, likely to be unveiled on June 10 by Finance Minister Shaukat Tarin.
Published Date: 23-May-2021
Share:  Linkedin   Whatsapp   Facebook